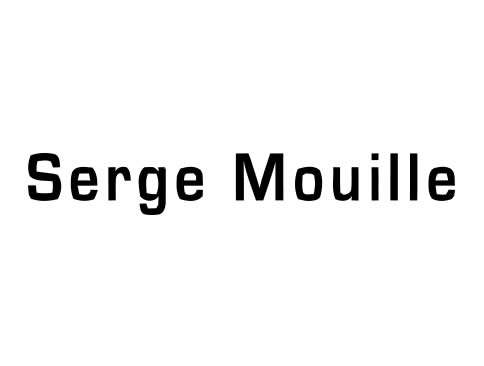 Known worldwide for his work as lighting designer, Serge Mouille (1922-1988), after graduating in silver-related decorative arts at the School of Applied Arts in Paris, practices in the study of the sculptor Gilbert La Croix and, after graduating in 1941, opened his own studio.

In 1945 Mouille himself became a teacher at the School of Applied Arts and opened a new studio specialized in metalworking: his orders were mostly handrails for stairs, chandeliers and ornaments for the walls. In 1953 Jacques Adnet hires him to design lighting fixtures, an art to which he will dedicate the rest of his life. During the 1950s Serge Mouille designs large wall, ceiling and floor lamps, with different arms and curved shapes, which morphologically resemble a spider. Some of his best known designs of the period are his “Oeil” lamp from 1953, “Flammes” from 1954, “Saturn” from 1958. Throughout his life he works to obtain a kinetic and sculptural aesthetic that evokes a sense of movement in the space, stating that its appliances are “an alternative to Italian models, which began to invade the market in 1950”. His projects of these years are exhibited and sold at the Steph Simon Gallery on Boulevard Saint Germain in Paris, together with the works of Isamu Noguchi, Jean Prouvé, Charlotte Perriand, Pierre Jeanneret and Le Corbusier.

In 1955 Serge Mouille became a member of the Society of Artists of Decorative Arts and of the French National Art Society; in the same year he was awarded the prestigious Charles Plumet prize for his work and in 1958 he received a diploma of honor at the Brussels Expo. Towards the end of the 1950s Mouille began designing institutional lighting fixtures and became responsible for the lighting design of the Antony University, furnished by Jean Prouvé, for the schools of Strasbourg and Marseille and for the Bizerte cathedral , always continuing to create lamps also for private individuals and for the most famous galleries. Its most popular models, wall and ceiling, are the larger ones, with 5 and 7 arms, called “Araigné” in the colors black or more rarely white.

In the same years the invention of neon tubes inspired the artist to create a series of floor lamps that combine incandescence and fluorescence: these drawings, the “Colonnes” collection, debuted at the 1962 Paris Motor Show for interior design and are some of his best known late works. Very different from the previous collection, they support it without penalizing it, having two completely different aesthetics and two technologies.

In 1961 Serge Mouille founded SCM (Société de Création de Modèles) as a way to encourage young and emerging lighting designers; he continues to work and teach for the rest of his life, showing his lamps and jewels in various exhibitions around the world. For his career as a metal artist and designer, he received a medal of honor from the city of Paris in the late 1960s. His laboratory never stops creating these masterpieces, created by the skilled hands of a few selected collaborators; upon his death the atelier was carried on by the widow and then by the heirs, who continue to manufacture the original collection, by hand, without modification, numbering and certifying each specimen.